How much soy do we eat (without knowing it) through intensive farming? 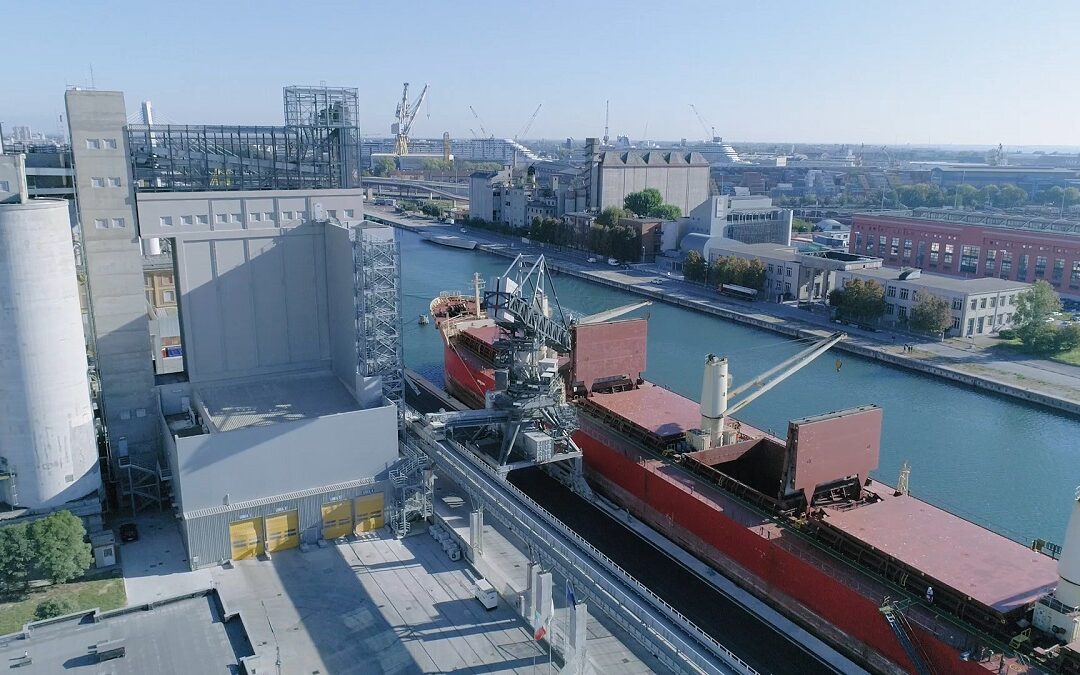 On December 2, 2019 a ship carrying 31,000 tons of soybeans reaches the canals of the commercial port of Ravenna and docks in front of the large plant of the multinational Bunge. The ship left from the port of Vila do Conde a Barcarena, in Pará, in the Amazon region, Northeast Brazil. Almost all of the cargo in its belly (30 thousand tons) origins from the factories of Bunge itself, located between the Cerrado and Brazilian Amazon regions.

The scene is not exceptional: Bunge is the main exporter of soybeans from Brazil, mainly destined for China and Europe, including Italy, and dozens of such loads reach the Ravenna plant every year. The soy that reaches the Bunge plant in Porto Corsini is processed and reduced into flour and then shipped by truck to various customers, especially breeders and feed producers in central and northern Italy: “In Italy, Bunge is one of the main producers of food for animals ”, says Saverio Panico, Sales Manager of Bunge Italia. “70 percent of our business corresponds to protein flours and the rest to refined oils, bottled or in bulk and biodiesel”.

The impact of soy

The expansion of soybean crops is a major cause of deforestation in South America. A few weeks before the ship bound for Ravenna left the Brazilian coasts, images of the Amazon in flames were circulating all over the world: a record season of fires in Brazil in 2019 (89,000 fires in the Amazon, 64,000 in the Cerrado according to data Brazilian Space Research Institute INPE), that was going to be replicated in 2020 (99,000 fires in the Amazon and 62,000 in the Cerrado – data updated to 24 November).

According to an international investigation coordinated by The Bureau of Investigtive Journalism and published in recent days, Bunge itself in recent years has bought soybeans from at least seven suppliers in Brazil, some in the Amazon area, others in the Cerrado, linked to a total deforestation of over 92 thousand hectares between the 2015 and 2020, of which almost 15 thousand between August 2019 and July 2020. The analysis is based on cross-data from the Prodes and Rapid Response monitoring systems, which analyze the progress of deforestation through periodic analysis of satellite images.

Bunge confirmed to the authors of the monitoring that it has commercial relationships with at least three of these suppliers, although in some cases it specified that “the deforested areas would not be used to produce new soy”. In the case of Serra Branca Agrícola, a fazenda that produces soybeans in Piauì, the satellite monitoring system recorded 15,000 hectares of Cerrado deforested between 2015 and 2020, of which 4,111 between 2019 and 2020. Bunge admitted to having “direct or indirect” procurement relationships with this supplier.

In a reply letter sent to One Earth, the multinational claims that it “does not procure soy from illegally deforested areas” and that it “is committed to a sustainable supply chain”. “In the Cerrado we monitor the harvests of more than 9 thousand companies on an area of ​​14 million hectares“, says the company, which on its website announced a commitment to zero deforestation by 2025. “The commitment against deforestation was a pillar of our business in South America since it was launched in 2015”.

In response to a specific question, the company was evasive about its willingness to establish a new “soy moratorium” in the Brazilian Cerrado, similar to the one created in the Amazon against deforestation.

According to the latest report from Assalzoo, the feeds producers Italian association, Italy uses 3.7 million tons of soybean meal every year for animal production, of which only 689 thousand tons are of national origin. The remaining part (3, 2 million tons) is imported, mainly from Argentina, Brazil, the United States, Paraguay.

The industry that consumes most of the soybean (almost 50 percent) is poultry: “Almost 80 percent of the impact on global warming is linked to the purchase of protein foods”, says Jacopo Bacenetti, researcher of the University of Milan, citing a study by the university on the impact of the breeding of broilers and laying hens in our country. “By ‘protein foods’ we mean in particular soy flour of South American origin, partly grown on soils on which there was previously the forest,” says the researcher.

The poultry industry consumes a lot of soy due to its very high numbers: 534 million broilers slaughtered every year and another 100 million birds, including laying hens and turkeys. “We serve the feed industry”, tells us Enrico Zavaglia, oilseed sales manager for CerealDocks, an Italian company that deals with the import and processing of cereals and oilseeds, and which processes both domestic and imported soybeans. According to Zavaglia: “Considering the whole consumption of feed in Italy, I believe that 40 percent can be destined for the chicken indutry, and the other 60 percent is used for the bovine and pork productions. Then there are other productions, such as sheep and goats, but they don’t really weigh that much in the numbers of the total feed”.

In 2018, research by Profundo, a Dutch consultancy firm, evaluated the use of soybeans for livestock: “By calculating consumption in the European Union, Switzerland and Norway, in 2017, we estimated that about 67 percent (or 20 , 8 million tons) of soybean meal for animal husbandry was used for the production of chicken, pork and beef,” said Barbara Kuepper, author of the study. “Of this soybean meal used for meat, chicken consumes the largest slice, about 60 percent.“

Read the article and watch the video (in Italian) on: