Negotiations to conserve Antarctic Ocean end in stalemate on many issues 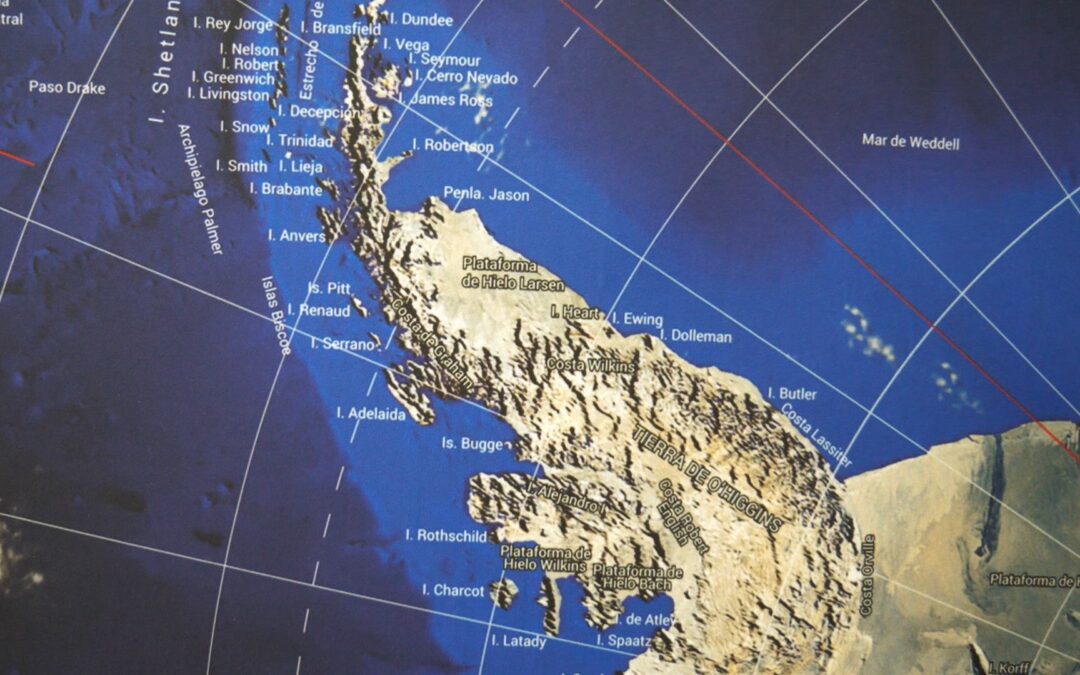 The 41st annual meeting of the Commission for the Conservation of Antarctic Marine Living Resources (CCAMLR), ended Nov. 4 with little progress made on several key issues.

On Nov. 4, the 41st annual meeting of the Commission for the Conservation of Antarctic Marine Living Resources (CCAMLR) closed without making significant progress toward the establishment of new marine protected areas (MPAs) and fishery regulations. The scientific community and most delegates to the meeting had urged the adoption of new protections for Southern Ocean ecosystems to buffer damage from climate change and fishing.

For the sixth year in a row, China and Russia vetoed three proposals to establish new MPAs, the most anticipated discussion at the meeting, and blocked a number of other conservation-related measures.

“China and Russia have a different view than the rest of the membership,” Orazio Guanciale, CCAMLR commissioner for Italy, told Mongabay by email. “In the Antarctic Treaty system there is a rigorous application of the consensus principle. If one disagrees, nothing is decided, you have to get over it.”

CCAMLR was founded in 1982 in response to increasing commercial interest in Antarctic krill, with a mandate to conserve Antarctic marine life. The meeting involved 27 member countries and 10 acceding states and ran from Oct. 24 to Nov. 4. in Hobart, Australia. It was the first in-person annual CCAMLR meeting after two remote ones due to the COVID-19 pandemic.

The Southern Ocean constitutes about 6%of the global ocean surface. It is home to unique biodiversity, including fish, whales, mammals, seabirds, invertebrates and microorganisms. Antarctic marine ecosystems also play a fundamental role in the planet’s ability to capture and store carbon from the atmosphere. In recent decades, however, the Southern Ocean has become a hotspot for climate change.

In 2009, CCAMLR member countries committed themselves to creating “a representative network of MPAs” to preserve Antarctic ecosystems from the threats of climate change and industrial fishing.

The first was established in 2009 on the southern shelf of the South Orkney Islands. In 2016 it was the turn of the Ross Sea, where today the largest MPA in the world stands, covering an area of 1.55 million square kilometers (598,000 square miles). Both protected areas were scrutinized and approved by CCAMLR’s scientific committee and then unanimously approved by the commission.

Since then, China and Russia have repeatedly vetoed proposals for three new MPAs: one each in the Weddell Sea and East Antarctica, which the European Union proposed and the scientific committee approved, but the two countries vetoed within the commission; and another surrounding the Antarctic Peninsula, which Chile and Argentina proposed but China and Russia blocked at the scientific committee stage.

“From a scientific point of view, we are in a situation of best available science that supports the proposals to establish new marine protected areas” in the Weddell Sea and East Antarctica, Marino Vacchi, a researcher with the National Research Council of Italy and a member of CCAMLR’s scientific committee, told Mongabay.

Frustration at the inability to approve the MPAs ran high among participants. “Opponents, Russia and China, do not express with clarity their potential concerns, they play rhetoric as a strategy to block,” Rodolfo Werner, a biologist who attended the CCAMLR meeting as a policy adviser for the Washington, D.C.-based NGO the Antarctic and Southern Ocean Coalition (ASOC), told Mongabay by email. “The main issue here is that Russia and China are not negotiating in good faith.”

The Russian and Chinese delegations to CCAMLR did not respond to requests from Mongabay for comment on their position.

According to several observers, however, the two countries’ votes appear to reflect their interests in developing krill fisheries in Antarctica. Yet the establishment of a protected area in the Antarctic Peninsula, a hotspot for krill fishing, would not imply a total fishing ban but rather some limitations, according to César Cárdenas, a researcher at the Chilean Antarctic Institute (INACH) who represents Chile on CCAMLR’s scientific committee and helped draft the proposal for the MPA there. “There would be no take areas, but other ones would be open,” Cárdenas said.

China and Russia are both investing in their fishing capacity in Antarctica. A few days after the CCAMLR meeting began, the Chinese company Fujian Zhengguan Fishery Development Co. announced the construction of a new krill-fishing vessel. The ship will be added to the four China already has operating in Antarctic waters and the three it has under construction. For its part, Russia hasn’t fished in the Southern Ocean since 2010 but in February reportedly announced plans to invest 45 billion rubles ($733 million) in the krill fishery, including building five high-tonnage trawlers.

Norway represents the biggest fishing industry in Antarctica: Norwegian company Aker BioMarine manages about 65% of the world’s Antarctic krill production. The country supported the establishment of the three MPAs but asked for fishing activities to be guaranteed.

“In Norway’s point of view, protective measures can and should be developed as complementary to fisheries regulation measures,” Erling Rimestad, state secretary at Norway’s Ministry of Foreign Affairs, told Mongabay by email. “This would ensure that CCAMLR continues to be in the forefront of developing a holistic regime for conservation of marine living resources, including rational use.”

Other countries fishing in Antarctica are Chile (for krill); Australia, France, Japan, New Zealand, South Africa, Spain, the United Kingdom and Uruguay (for toothfish); and South Korea and Ukraine (for both krill and toothfish).

During the CCAMLR meeting, India revealed its intention to join: “Delegation is looking in the possibility of India starting the krill and toothfish fishery in the CCAMLR Region,” Vijay Kumar, a scientist at the country’s Ministry of Earth Sciences and a member of the Indian delegation in Hobart, wrote on Twitter. “This will open up new commercial fishing opportunities for India from the Southern Ocean,” he said.

All these countries, however, supported establishing the new MPAs.

In an opening speech to CCAMLR members, the United States declared its support for the MPA proposals and sent a clear message to stonewalling countries, explicitly mentioning Russia but not China.

“I want to urge any nations with objections to drop them before it is too late to save what we can of this precious place — and its penguins, whales and sea birds,” Monica Medina, assistant secretary with the Bureau of Oceans and International Environmental and Scientific Affairs, said.

Medina highlighted the difficult moment that international cooperation is experiencing, condemning “the unprovoked war one member has waged against another member of this organization,” and pledged $75,000 to host a special meeting on MPAs early next year.

The stalemate at the CCAMLR meeting extended beyond MPAs to other issues.

The commission failed again to approve a research and monitoring plan for the Ross Sea MPA that is necessary to manage the enormous area but has been blocked by Russia since the MPA’s creation.

It declined to adopt new conservation measures to regulate fisheries. These had been requested by both fishing industry members and conservation NGOs, albeit for different reasons.

In September, krill catches reached 411,544 metric tons, the second largest on record in Western Antarctica (so-called Area 48, where all krill fishing happens). This small shrimp-like invertebrate is mainly used to produce meal for aquaculture feed and pet food, and oil for supplements for human use.

On Oct. 20, a group of 10 scientists published a commentary in the journal Science asking CCAMLR to set tighter limits or even a moratorium on fishing in the Southern Ocean, highlighting the dangerous combined effect of climate change and industrial fisheries on ecosystems there.

“Given the immense global value of the Southern Ocean, we must urgently implement tools toward more sophisticated spatial management and consider the full suite of values, and trade-offs, in continuing fishing in its current form,” Cassandra Brooks, lead author of the commentary and assistant professor of environmental studies at the University of Colorado Boulder, said in a press release.

CCAMLR only extended the fisheries conservation measures already in force for another two years, confirming existing fishing quotas for krill and toothfish. That left no catch limits for toothfish around South Georgia Island. After Russia blocked the establishment of catch limits there last year, the U.K. swooped in to fish there, sparking diplomatic tensions between it and the United States.

Russia, supported by China, even blocked a proposal by the EU to protect a remarkable 240-km2 (93-mi2) expanse of icefish (Neopagetopsis ionah) nests discovered in January, according to Werner.

“The only good news from this meeting is that eight new vulnerable marine ecosystems (VME) have been identified and registered in Subarea 48.1 (the Antarctic Peninsula),” Werner told Mongabay by email. Those areas,composed of slow-growing deep-sea organisms such as corals, sponges, brittle stars and feather stars, will now benefit from permanent protection from bottom fishing activities.

Concerned about the lack of “progress on some major issues” at the recent CCAMLR meetings, the Coalition of Legal Toothfish Operators (COLTO) and ASOC submitted a joint proposal to the commission to evaluate “alternatives” to the current consensus decision-making process that would prevent a few countries from blocking progress on matters central to CCAMLR’s mandate.

“The mechanism of consensus only works when negotiations are conducted in good faith and with a view to reaching agreement through compromise,” the proposal read. “With the lack of recent progress on many of the most substantive issues facing CCAMLR in an increasingly complex global context, we recommend that CCAMLR Members consider ways to resolve the current impasse.”

Read the full story on: