Fire season, the Brazilian Amazon is set to burn more than in 2019 – experts warn 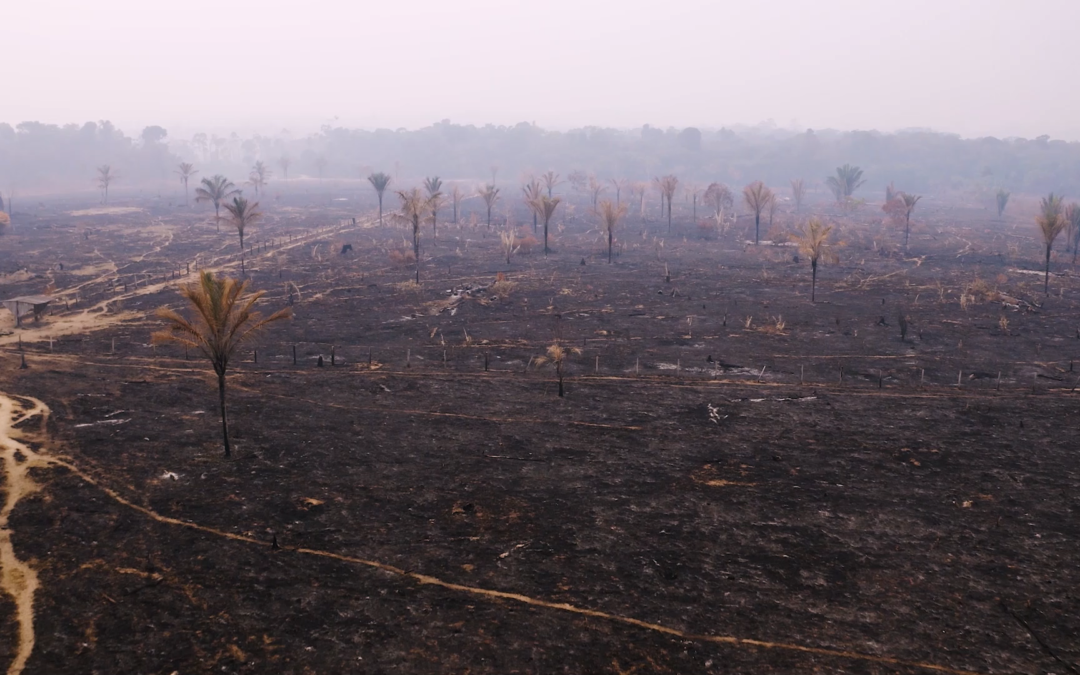 “We are seeing the same trends of deforestation, in the same areas of the Amazon and also in the developing regions of the Cerrado, but the rates are higher than last year”

A new fire season in the Brazilian Amazon has just begun, with 1.444 fires recorded in the first two weeks of July, and different studies warn that it is going to be equal or even worse than last year, when Brazilian data recorded almost 90.000 fires in the Amazon biome, raising global outcry.

“We are seeing the same trends of deforestation, in the same areas of the Amazon and also in the developing regions of the Cerrado, but the rates are higher than last year”, said Marco Tulio Garcia, analyst at the Chain Reaction Research (CRR), a think tank based in Amsterdam, specialized in assessing sustainability risk for financial investors. “In the Amazon we see this relation between deforestation happening in the first months of the year, followed by the fires of those same areas during the dry season. That’s why we are expecting either the same or maybe a bigger fire season than last year”.

In June a note by the Amazon Environmental Research Institute (IPAM), another think tank based in Brasilia, reported that “the dry and burning season, which begins in late June, may be equal or even more intense than the one that hit the region in 2019”.

“We have now 4.500 square kilometres already deforested, waiting to be burned”, said Paolo Moutinho, researcher at IPAM. “If you combine this area with the expected area to be deforested over the next months, we could reach at the end of September around 9.000 square kilometres ready to be burned. If 60 percent of the already deforested land burns, we will have a worse scenario than the one we had last year”.

In the whole of 2019 INPE recorded 89.196 fires in the Brazilian Amazon. In June 2020 the Brazilian space agency satellites recorded 2.248 fire alerts in the Amazon biome, with a sharp increase compared to the 1.880 alerts recorded in June 2019. In the first two weeks of July the agency recorded another 1.444 fires.

“Fires are man made: so they have been lit to clear forest and make way for agricultural production”, commented Tim Steinweg, a senior researcher from CRR. A recent CRR study analyzes the drivers behind the 2019 fires, overlaying different datasets such as fire alerts, land rights, company assets and supply chain relations in the region.

The CRR report considers the fire alerts issued in 2019 by the NASA VIIRS satellite system, that has a higher resolution than INPE and recorded 981.282 fires from July to October 2019 in Brazil. On this basis, the CRR analysts assessed that “large-scale farmland development was the main driver behind the 2019 fires in Brazil”, underlining the risk related to the supply chain areas of the main Brazilian meat companies (JBS with 317,096 fire alerts in the supply chain area, Minerva with 105,091 fire alerts and Marfrig Global Foods with 100,341 fire alerts) and soy traders (Bunge with 24,618 alerts and Cargill with 15,304 alerts in the vicinity of their silos).

In may 2020 FAO issued a new edition of its “The State of the World’s Forests” report. The study highlights that globally some 420 million hectares of forest have been lost through conversion to other land uses since 1990.

“In just three years we are losing an area forest the size of Italy”, said Mitte Wilkie, Director at the FAO Forestry Policy and Resources Division. “We are losing tropical forests in Latin America, in Africa and in Asia. And the drivers behind that loss are different: overall the main driver is agriculture expansion, that accounts for 73 per cent of all the losses of forest in the tropics. But it varies between regions: in Latin America it is primarily large scale agriculture expansion, in Africa it is mainly small scale subsistence agriculture, in Asia it is a bit of a mix of both, plus also some expansion from urban areas”.

“We need to do three things: we need to protect, manage and restore our forests”, said Wilkie. “We need to protect them from illegal deforestation: that means changing our food system, stopping that agricultural expansion”.

According to Paulo Moutinho from IPAM, a long term sustainability plan is needed in the Amazon since “it’s impossible you fight against fire and deforestation only once a year, during the dry season, as an emergency”.

In a report IPAM highlights also that, if the fires will spread in 2020 like in 2019, the Brazilian Amazon will experience the “perfect storm”, for the combined effects of Covid19 and the smoke produced by the fires. “Every year, in the Amazon, smoke from burning sends a large number of people to hospitals, looking for treatment for respiratory problems”, wrote IPAM in a note. “Under the effects of the pandemic, exposure to smoke or air polluted with fine particles (PM 2.5), resulting from fires, can increase the predisposition to infection by the Coronavirus” and could be associated to a relevant “increase in the mortality rate due to Covid19”, said the note.

Read this story on: