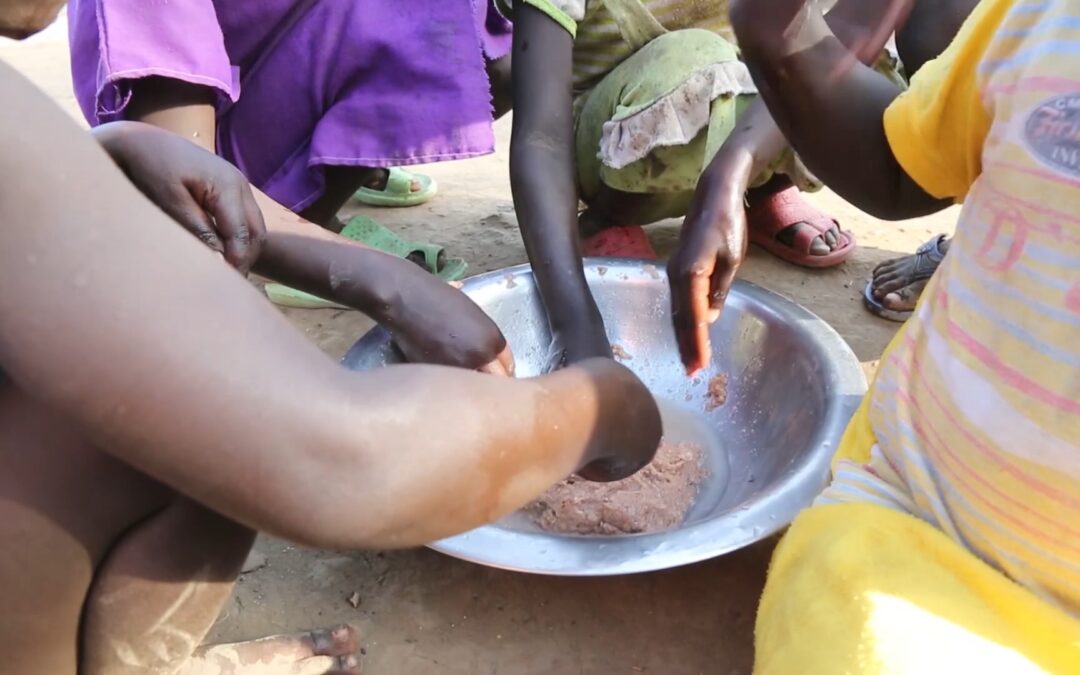 While we are expecting the effects of a global food crisis linked to the conflict in Ukraine, today the Global Network Against Food Crises released its annual report which reveals that a food crisis is already underway. It affects 193 million people, has been increasing dramatically for some years and is going to grow further as a result of the new conflict.

“Acute hunger is soaring to unprecedented levels and the global situation just keeps on getting worse”, said David Beasley, executive director of the World Food Program, at the report presentation event. “Conflict, the climate crisis, COVID-19 and surging food and fuel costs have created a perfect storm – and now we’ve got the war in Ukraine piling catastrophe on top of catastrophe.”

The Global Network Against Food Crises is a program led by the European Union, the Food and Agriculture Organization (FAO) and the World Food Program. The purpose of the network is to monitor the most serious food crises, to guide international policies.

“Globally, levels of hunger remain alarmingly high”, reads the dossier. “In 2021, they surpassed all previous records as reported by the Global Report on Food Crises (GRFC), with close to 193 million people acutely food insecure and in need of urgent assistance across 53 countries/territories”. According to the study, the figure shows a sharp and dangerous increase compared to last year, with an increase of nearly 40 million people.

“FAO publishes every year a figure, between 800 and 900 million people globally who do not have enough to eat. Among these populations, there are the so called ‘food crises’, which are the most severe part of food insecurity“, Luca Russo, FAO food crisis analyst and one of the main authors of the study presented today, explains to HuffPost. “The difference is that here we are talking about people who, in the absence of urgent humanitarian assistance, would find themselves in a situation of famine, would risk starvation. And these numbers have grown progressively in recent years “.

An alarming aspect is that the report published today still does not take into account the effects of the conflict that broke out in Ukraine in 2022, as the data analyzed reach the end of 2021. Nevertheless, the report includes the consequences of war, indeed of wars, as a central factor of the ongoing food crisis.

“Of the 193 million people who are in need of humanitarian assistance right now, more than two thirds live in conflict zones,” says Russo. “There are the great wars we talk about, as we all talk about Ukraine today. In Italy it is known that there is a war in Yemen, or a war in Syria. However, much less is known about wars in South Sudan, Congo or Ethiopia ”.

According to the report, acute food crises are generally linked to several factors that act concurrently, in particular conflicts, extreme weather episodes linked to climate change and the global increase in the cost of food commodities.

In 2021, the country with the most serious situation was the Democratic Republic of Congo, where 20.5 million people are at risk of famine and another 6.7 million in a state of emergency. Conflict plays a central role here, in particular by preventing international agencies from reaching the populations by bringing aid.

“Right now, among the 55 countries we follow, 23 of us think that conflict is the main factor of the crisis,” says Russo. “A region that I know very well is the Sahel. Here the number of people in acute food insecurity in the last four years has quadrupled. One of the reasons is that the conflict in the central Sahel, in addition to creating insecurity and instability, commits a large part of national budgets. The four countries involved in this conflict devote a large part of their resources to military spending, subtracting them from services basic, agriculture, etc. “.

The climate factor and the cost of food

The second factor that is causing the number of people facing serious food crises to grow year on year is the climate.

“The impact of climate-related disasters on severe food crises has increased since 2020, when it was already considered the main driver of the crisis for 15.7 million people in 15 countries,” the report reads. “Extreme climatic events, such as droughts, shortages of rain, floods and cyclones, have had severe effects in different countries in eastern, central and southern Africa and in Eurasia “.

“In some countries the climate factor is considered the most important in determining the crisis”, comments Russo. “But even in other countries where there is a conflict, such as Ethiopia or Yemen, it remains a preponderant factor. Droughts are becoming more and more frequent. In Somalia, for example, there was once every 10 years. Now there are droughts every 3 years ”.

The example of Somalia is also useful for understanding the third factor that is driving the food crisis, the increase in the cost of raw materials. According to the report, already “in 2021 the prices of food products have reached new records”, creating a dangerous scenario on which the specter of the Ukrainian crisis is grafted today.

“Some of these countries are highly dependent on agricultural imports,” says Russo. “Today 90% of the wheat used in Somalia comes from Russia or Ukraine. In the Congo we are talking about about 80%. In these situations, the conflict in Ukraine can be the straw that risks breaking the camel’s back”.

According to EU Commissioner for International Partnerships Jutta Urpilainen, “Russia’s invasion of Ukraine is putting global food security at risk. The international community must act to avoid the most serious food crisis in history, and the social, economic and political consequences that could derive from it”.

Among the millions of people who are already in the grip of food crises today, many belong to the most fragile categories. According to the report “in 2021, out of 51 million displaced people, about 49 million are in territories or countries experiencing a food crisis”.

“A huge figure”, according to Russo, “and among the displaced there are women and children, who have the most difficulty in accessing basic assistance”.

Faced with what is taking the form of a humanitarian catastrophe, the FAO expert sends out a further alarm signal. “In the next year we have to expect a further deterioration,” says Russo. “But the thing that worries the most is that all the political attention there is at the moment on the Ukrainian crisis involves the risk of forgetting other crises”.

Already in the last two years, reports from the Global Network Against Food Crises have shown record levels of food crises, but also a steady decline in international humanitarian assistance: “Funds for humanitarian food assistance have plunged since 2017, particularly in the last years, because governments have given priority to the economic crisis linked to Covid-19 and the health response to the pandemic ”, reads the report.

Today the crisis in Ukraine threatens to amplify this problem. “A month ago we published our projections on Somalia, indicating that there are 300,000 people at risk of famine in the coming months,” says Russo. “The figures are similar to 2017, but in 2017 there was a gigantic reaction from the international community, because there was a fear of a serious famine in the country. This year for the moment we have seen practically zero reactions, because at the moment the attention is focused on the Ukrainian crisis “.